This site is meant to host various information related to the NBA’s Collective Bargaining Agreement (CBA), economics of the NBA, the Atlanta Hawks, and possibly the NBA’s Last 2 Minute Reports. This is still a work in progress as far as what content will populate this site and how it will be structured. If you are looking for opinionated content, then you will be disappointed by this site. My goal is to provide explain issues within the NBA, disperse information, and provide insight that may not be available elsewhere. Hopefully, you will be a bit more knowledgeable from some aspect of this site.

And for those curious about the “fanatic” portion of the atlhawksfanatic moniker: It stems from an old program in the early 2000s that the Atlanta Hawks had for home games that I would participate in. The program was first called the Fanatical Fans Section but it eventually morphed into the Hawk-a-Licious Fan Section and then, poof….gone before the end of the 2004-05 NBA season and never spoken of by the organization again. The organization created a similar program that they titled the 6th Man Section around 2011, but the original group was called the Fanatical Fans. That is where the the name comes from, an homage to quite possibly the worst time to be an Atlanta Hawks fan. 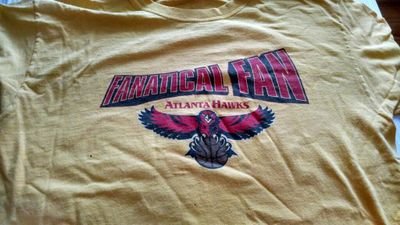